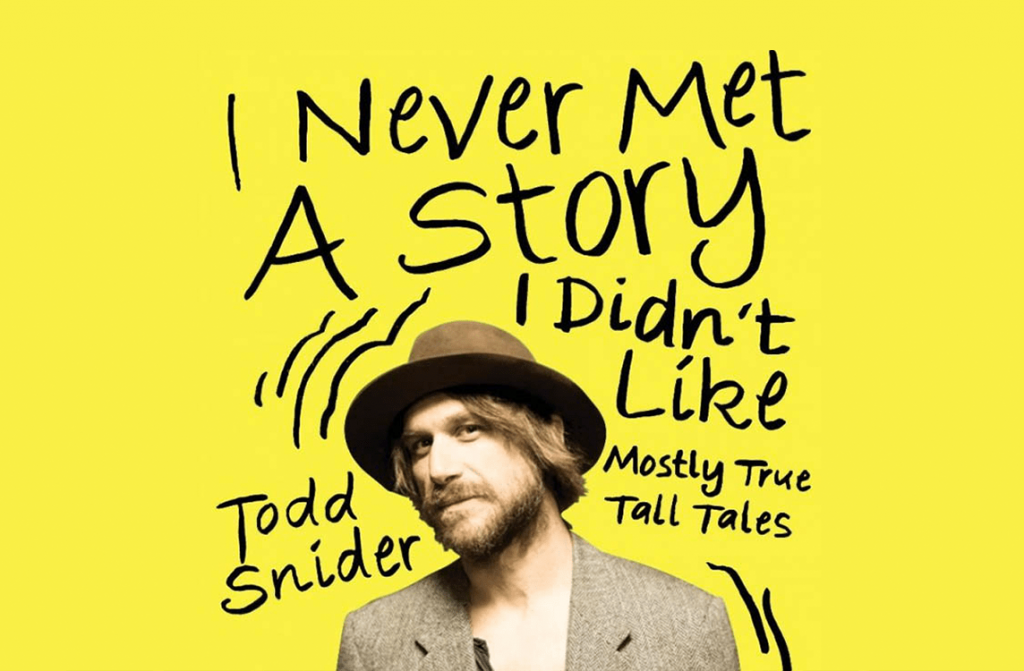 I Never Met a Story I Didn’t Like: Mostly True Tall Tales

For years, Todd Snider has been one of the most beloved country-folk singers in the United States, compared to Bob Dylan, Tom Petty, John Prine, and dozens of others. He’s become not only a new-century Dylan but a modern-day Will Rogers, an everyman whose intelligence, self-deprecation, experience, and sense of humor make him a uniquely American character. In live performance, Snider’s monologues are cheered as much as his songs. But never before has he told the whole story. Running the gamut from personal memoir to shaggy-dog comedy to rueful memories of his troubles and triumphs with drugs and alcohol to sharp-eyed observations from years on the road, I Never Met a Story I Didn’t Like is for fans of Snider’s music, but also for fans of America itself: the broad, wild country that has produced figures of folk wisdom like Will Rogers, Mark Twain, Ambrose Bierce, Tonya Harding, Garrison Keillor, and more. There are storytellers and there are performers and there are stand-up comedians. And then there’s Todd Snider, who is all three in one, and something else entirely.

Get your copy on Amazon.com.