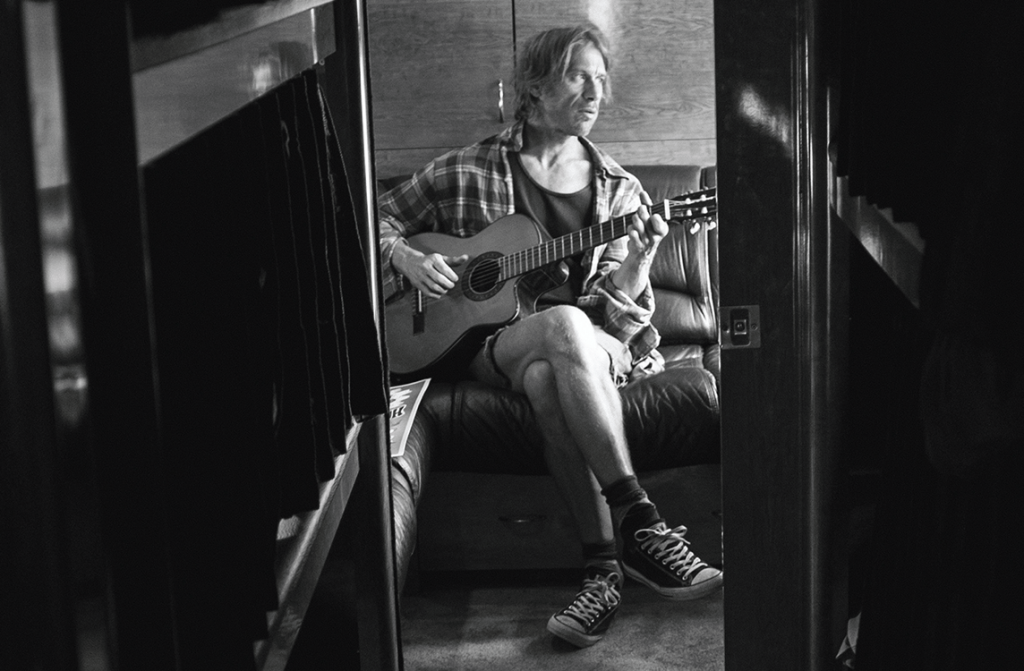 ‘Rest In Chaos’ Arrives May 13

The Hard Working Americans do more with one moment than many artists do with an entire career, and prove it again with its latest release ‘Rest In Chaos,’ coming May 13 on Melvin Records/Thirty Tigers.

With the exception of Guy Clark’s “The High Price of Inspiration,” the 13-track album was written by the band on the road, live in six different studios.

The lead track, “Opening Statement,” (“Before I refuse to take any questions/I’ve got an opening statement/that I’d like to keep to myself”) sets the album’s gritty tone and rolls right into “It Runs Together,” which describes Snider first meeting his ex-wife in recovery. “Half Ass Moses” is essentially three driving rock songs rolled into one, and the gospel-esque stomper “Throwing The Goats,” blasts “we’ve got all the integrity that money can’t buy.” The album’s title is nestled in “Ascending Into Madness,” which Snider says is “about being an artist and coming up with new art.”

It’s been Snider’s two-decade-plus professional proclivity to take the lyrical knife to expectation and subtly stab, then twist. On ‘Rest In Chaos’ Snider’s knife has become a machete, with both words and voice.

As was the case with the band’s self-titled debut release, the Hard Working Americans forge sonics completely apt for the messages they convey, yet unconventional enough to reach new depths listen after listen. “Rest In Chaos” isn’t jam band or folk or rock or “trippiness” for their individual sakes…only for when it matters most.

The Hard Working Americans will once again prove that moniker when they hit the road for a multi-city tour mere days after ‘Rest In Chaos’ releases. Dates and cities will be announced soon.

1) Opening Statement
2) It Runs Together
3) Half Ass Moses
4) Dope Is Dope
5) Burn Out Shoes
6) Roman Candles
7) Ascending Into Madness
8) Throwing The Goats
9) Something Else
10) Massacre
11) The High Price of Inspiration (Guy Clark, songwriter, on guitar)
12) Acid
13) Purple Mountain Jamboree

“Why Can’t We Be Friends”