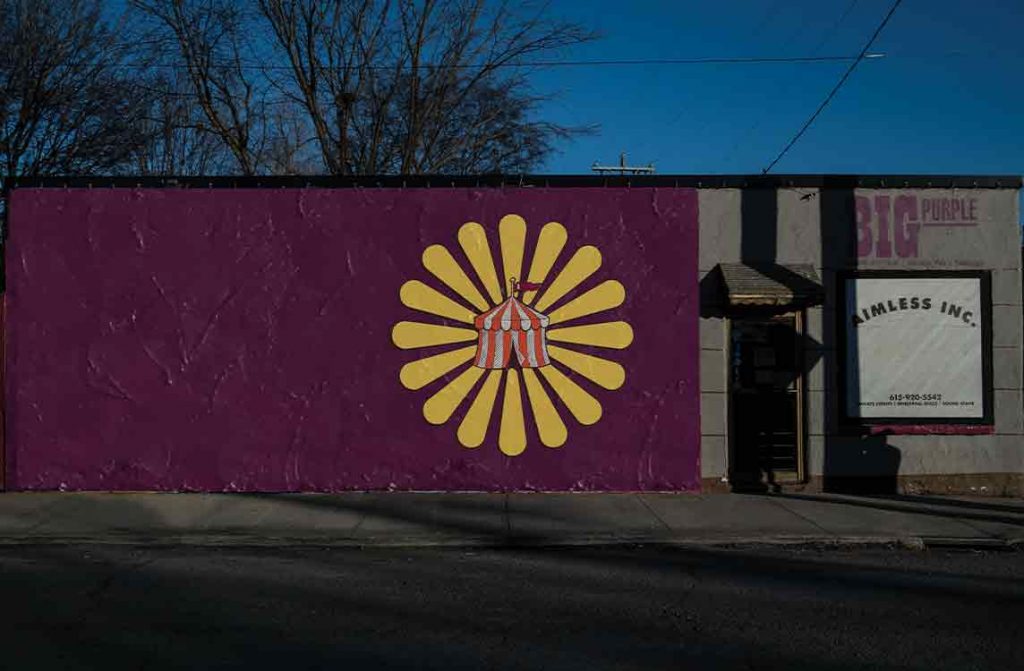 New Album: First Agnostic Church of Hope and Wonder https://toddsnider.net/wp-content/uploads/2021/03/post-first-agnostic-announced.jpg 1144 750 Todd Snider (Official Website) Todd Snider (Official Website) //toddsnider.net/wp-content/uploads/2022/07/shopify-title.png March 8, 2021 March 8, 2021
TODD SNIDER OFFERS FATBACK RHYTHMS, FRAUDULENT REVERENDS AND TRIBUTES TO FRIENDS GONE TOO SOON AT THE FIRST AGNOSTIC CHURCH OF HOPE AND WONDER (APRIL 23 / AIMLESS RECORDS)
LISTEN TO “SAIL ON, MY FRIEND” VIA ROLLING STONE: LINK
Todd Snider has described the First Agnostic Church of Hope And Wonder – the namesake for his remarkable nineteenth solo album out April 23 on Aimless Records / Thirty Tigers – as a house of worship presided over by “a preacher who’s full of shit, and when everyone starts to realize it, he asks God to help and God does, proving once and for all that God is hilarious.” With this premise, the groundwork is laid for Todd’s one-of-a-kind writing style to thrive – irreverent humor, somehow seamlessly woven with intricate and poignant storytelling. In the case of the First Agnostic Church of Hope and Wonder (a concept derived from Todd’s Sunday livestreams throughout the pandemic), much of that profundity comes in the form of remembering friends and mentors lost too soon.
Snider offers “Handsome John” as a tribute to the great John Prine (“nobody had ever been kinder to me, more vulnerable with me,” Snider remembers) and “Turn Me Loose (I’ll Never Be The Same),” which is an off-the-cuff one-liner once shouted by his late hero Jerry Jeff Walker. Other friends who have sadly passed, like Colonel Bruce Hampton and Neal Casal, serve as inspirations throughout the record, and “Sail On, My Friend” – the album’s lead track – is dedicated to the late Yonder Mountain String Band founder Jeff Austin.
Listen to “Sail, On My Friend” here and read Snider’s thoughts behind the track at Rolling Stone: LINK
Watch the official “Sail On, My Friend” performance video here, shot at Snider’s Purple Building headquarters in Nashville: LINK
Tune into Snider’s next “The Get Together” Sunday livestream from the Purple Building on March 7 at 11AM CT: LINK
In the midst of the touching remembrances and off-the-wall character creation, Snider manages to explore a completely fresh slate of musical territory – working with Midland drummer Robbie Crowell and multi-instrumentalist Tchad Blake (who is perhaps best known as one of music’s leading engineers, but here plays piano, flute, tuba, guitar and much more) to capture the “fatback” rhythms made famous by the funk and reggae stars of the 60s and 70s. The sound, described as “funk in back and busking up front,” was driven by “something idiosyncratic, without any reference to other records…we were trying to get drum sounds and grooves that made their own kind of sense.” In that respect, it stands as singularly in the musical landscape as Snider himself.
Pre-order First Agnostic Church of Hope and Wonder here: LINK
Snider has also announced a series of COVID-willing, cautiously optimistic tour dates for summer and fall 2021 (with many of these shows rescheduled from 2020) – which will be produced with all safety precautions and regulations as the foremost priority. Many more dates will be announced soon:
June 2 – George’s Majestic – Fayetteville, AR
June 4 – Paramount Theatre – Austin, TX*
June 5 – The Kessler Theater – Dallas, TX*
June 6 – The Heights Theater – Houston, TX*
June 8 – Iron City – Birmingham, AL
July 24 – The Caverns – Pelham, TN
August 23 – Music Box Supper Club – Cleveland, OH
August 25 – 20th Century Theater – Cincinnati, OH
September 1 – The Ramkat – Winston-Salem, NC
September 9 – Sellersville Theater – Sellersville, PA
September 10 – Infinity Hall – Norfolk, CT
September 11 – Infinity Hall – Hartford, CT
October 23 – Montbleu Resort & Casino – Stateline, NV^
November 17 – Bijou Theatre – Knoxville, TN
November 18 – The Vogue – Indianapolis, IN
November 19 – Sheldon Concert Hall – St. Louis, MO
* – with special guest Jamie Lyn Wilson
^ – with special guest David Lindley