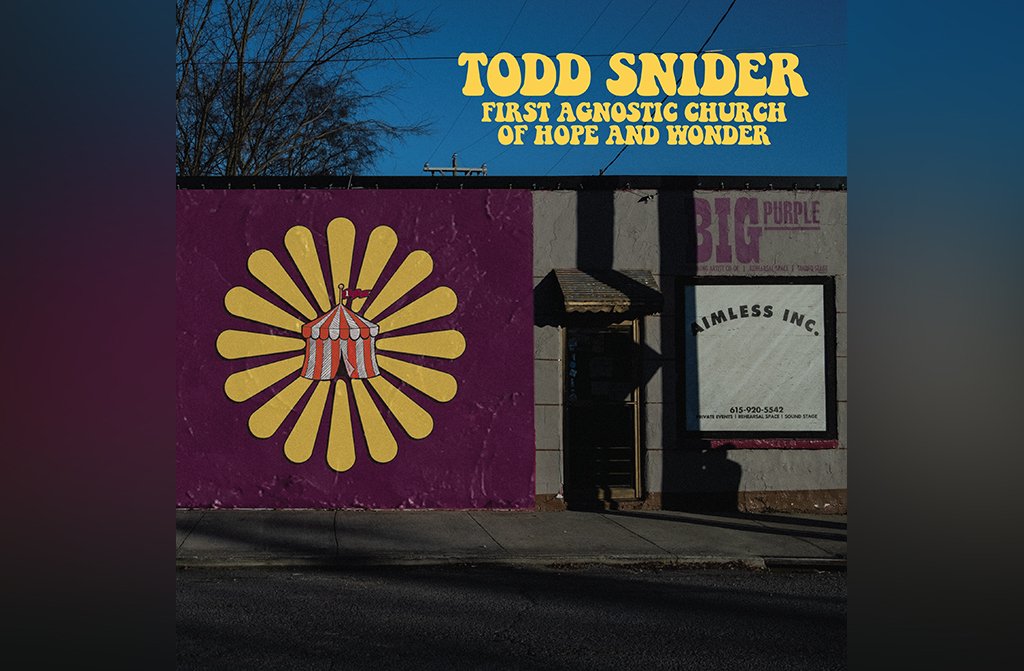 LISTEN TO THE ALBUM VIA AIMLESS RECORDS: LINK

Todd Snider has released First Agnostic Church of Hope And Wonder today, a new record which led the East Nashvillian to comment that “it’s hard to think of a more appropriate statement of purpose”…and that’s despite the fact Snider appears in character as a conman reverend throughout. Or perhaps because of it. A concept record (“like when Kiss did Songs from the Elder or when W.A.S.P. did The Crimson Idol,” says Snider) coupled with a musical style “different than anything he has done before” per the Associated Press, Snider appears on guitar, piano, banjo, bass, lead vocals, backing vocals (all of them), cowbell and harmonica – alongside drummer Robbie Crowell (Midland, Deer Tick) and GRAMMY-winning multi-instrumentalist Tchad Blake – to build a sonic world “filled with funky rhythms while Snider makes like Sly Stoner” (AP).

In the midst of this sonic experimentation and one-of-a-kind character creation, the emotional core of First Agnostic Church of Hope and Wonder lies in Snider’s tributes to friends and mentors gone too soon; including John Prine, Jerry Jeff Walker, Colonel Bruce Hampton, Neal Casal and Jeff Austin. It’s these poignant remembrances to his musical community that add a spiritual depth to the record which is fitting of the highest order of agnostic worship. As described by Rolling Stone in a recent feature, who else but Snider could make a record at once so “funny, funky…hilarious and heartbreaking”?

Listen to First Agnostic Church Of Hope And Wonder here via Aimless Records (which Snider has once again regained control of): LINK

Snider has also announced a series of tour dates for Fall and Summer 2021, which will be produced with all safety precautions and regulations as the foremost priority. Announced dates are here, with many more additions to come soon: LINK

New 2021 Tour and Live Album in the Making

Live: Return of the Storyteller out 9/23
New 2021 Tour and Live Album in the Making
Login to Todd Snider (Official Website)
Reset Password
Enter the username or e-mail you used in your profile. A password reset link will be sent to you by email.